It hasn’t always been this way. Club nights with a blanket “no racism, no homophobia, no sexism, no transphobia, and no violence” policy wasn’t always a standard. Major music festivals explicitly stating “any form of assault or harassment, be it sexual, physical, or verbal” in their code of conduct has only recently become routine. The mainstream focus on inclusivity, accessibility and keeping spaces safe for a diverse intersection of artists and audience members might seem commonplace—even expected—now but it was the exception not that long ago. In the past decade, political and social awareness within electronic music circles has grown and there’s a vital queer underground playing a big part in that shift toward a more tolerant landscape.

Papi Juice and Discwoman in New York. Bubbles, Rail Up and A Club Called Rhonda in Los Angeles. Honey Soundsystem in San Francisco. Creamcake, No Shade and Room 4 Resistance in Berlin. MikeQ’s Qween Beat in New Jersey. House of Kenzo in San Antonio. PDA, Pxssy Palace and BBZ in London. Traición in Mexico City. Even Glitterbox in Ibiza. These are just a few of the expanding global network of music events and club nights; labels and collectives supporting some of the most interesting electronic music today. 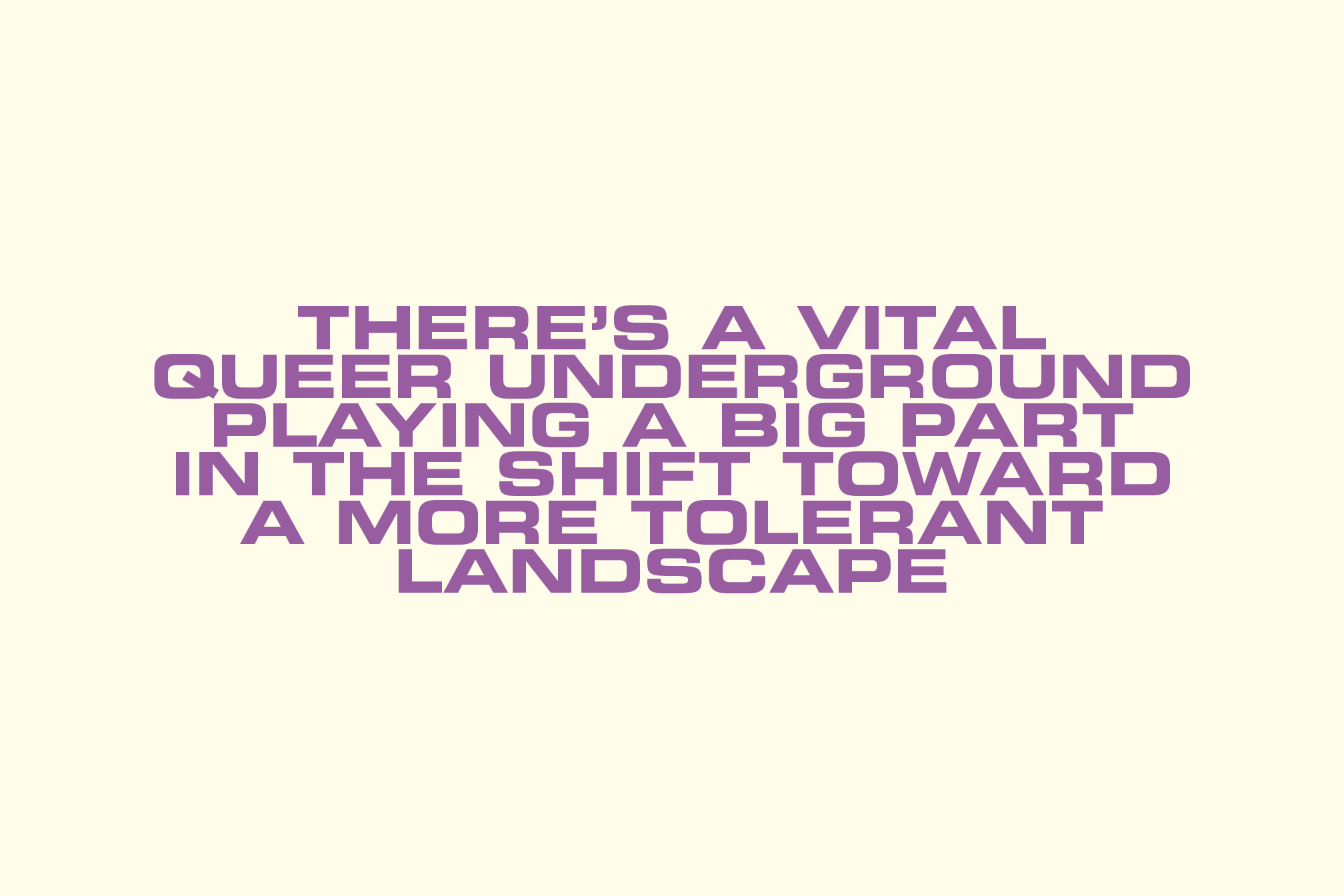 The sounds that come out of this scattered scene are equally varied and broad-reaching, spanning grime, UK garage, hip hop and bass; house, techno and industrial—even elements of noise, drone and metal. There’s the abrasive hi-tech of Ziúr, and the dissonant deconstructed club music of Bonaventure, as well as Baby Blue’s post-industrial ambient and techno album release on Ascetic House. Avant-EDM idol SOPHIE’s star continues to rise on the unlikely union between brutal synth distortion and blinding bubblegum pop, played in warehouses and on catwalks alike. With that, trends are slipping into the deeper recesses of hardcore, trance and rave. That’s either in the “ritual dance music” experiments of Mixmag’s 2019 joint DJs of the year Octa Octa and Eris Drew’s newly christened T4T LUV NRG label, or Rui Ho’s recent segue into jungle and drum ‘n’ bass with her ‘In Pursuit of the Sun 逐日’ EP release on Objects Ltd.. Styles of music don’t really apply here, however, because this is an inter-genre and gender-fluid scene, where anything goes, as long as it’s open and inclusive.

The seeds of this now burgeoning and loosely connected contemporary community of queer and cross-disciplinary producers and their patrons can be traced back most recently to the late-00s. Artist Wu Tsang, and DJs Nguzunguzu and Total Freedom’s weekly Wildness night took over a local Latinx queer and transgender bar called Silver Platter in Los Angeles, at roughly the same time the late Nacho Nava founded Mustache Mondays downtown. Venus X, Physical Therapy and Hood By Air creative director Shayne Oliver’s GHE20G0TH1K party would take off in New York a couple of years later. “The gay parties [were] corny and the straight parties [had] no gay people,” Harlem-born Venus X told The Fader about the impetus behind the movement in 2010. “There’s next level shit going on, but converge! We never see them converge”. All these events would connect with fashion, art and activism, while providing a safe space for self-expression among a cross section of race, gender, class, gender, sexuality and identity. The diversity made it an incubator of an exciting hybrid of pop, bass, house and techno that would come to be vaguely known as ‘post-club’ music. 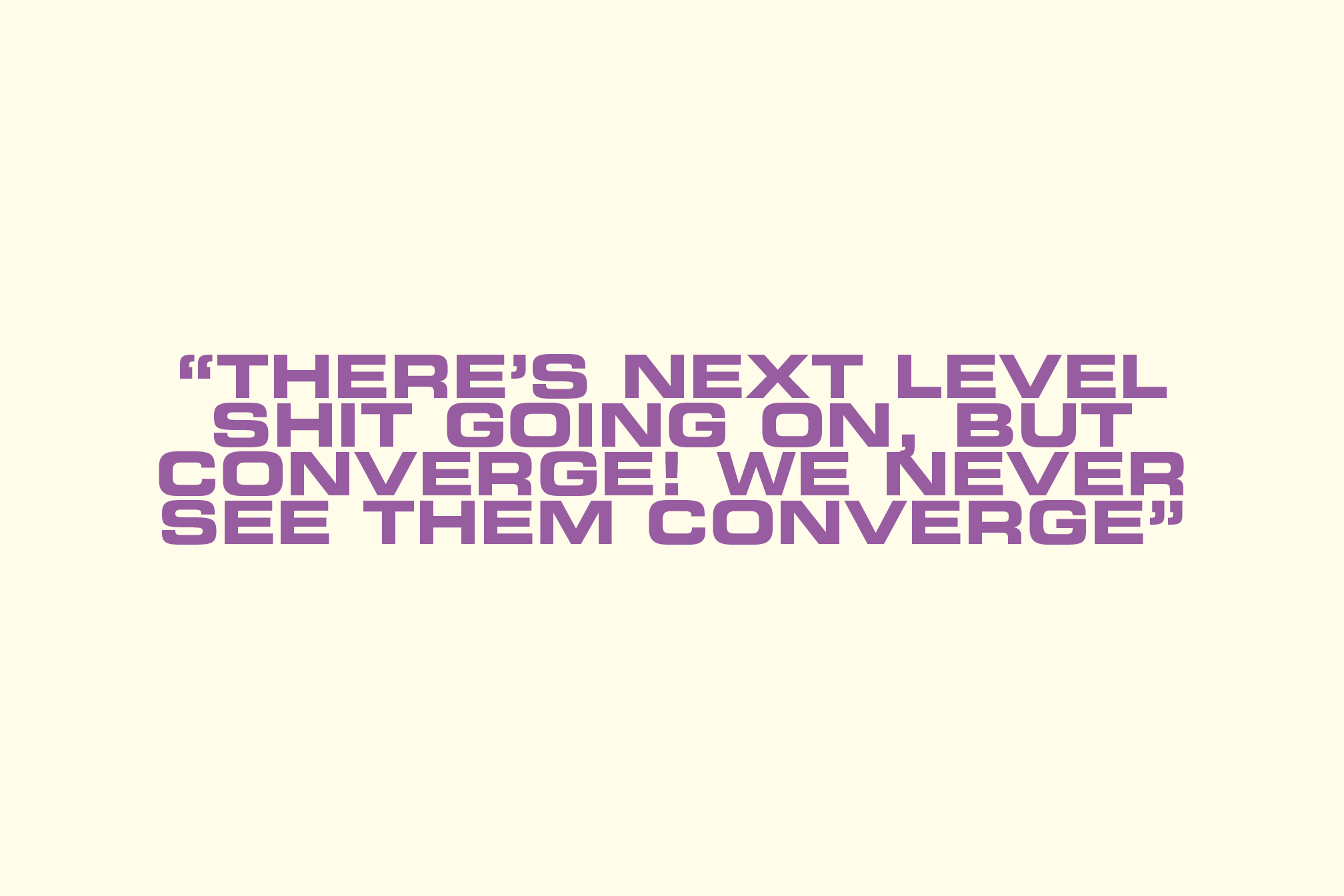 While Wildness’s run was short-lived, its influence continued in the Tsang-directed documentary film of the same name, as well as the Night Slugs sister label Fade to Mind, founded in 2011. GHE20G0TH1K would go on to nurture the creative growth of a young Arca, while hosting guests like Diplo and M.I.A. before Venus X abruptly shut it down in 2014, announcing it was over via Instagram after accusing Rihanna of ripping off the party’s style. “GHE20 GOTH1K is extremely political. It’s not about expensive clothes,” she told The Fader in the aftermath. “I think it’s great that fashion is becoming more in tune with the urban practical, people-of-color aesthetic. But it sucks that there’s no place for the influencers to be involved and that they’re profiting off-street culture.”

This frustrating cycle of underground appropriation by mainstream pop echoes an earlier heyday for queer dance music. Where the integral R’n’B and “mutant disco” of the late-70s had rolled into the techno and garage house of late-80s New York when ballroom DJ Junior Vasquez was still playing the Sound Factory. Madonna’s brief tryst with the underground scene culminated in vogue performers from Vasquez’s own Harlem House of Xtravaganza featuring in the aptly-titled ‘Vogue’ music video in 1990. Following her Blonde Ambition Tour and accompanying rockumentary, In Bed with Madonna, the scene slipped quietly back into obscurity, only to be resurrected in 2005 with the re-release of Jennie Livingstone’s poignant documentary on the golden era of house ball culture Paris is Burning. The timing was right for renewed interest in and inspiration was taken from this more experimental end of a culture and lifestyle informed by fashion, art, performance, and music from the margins.

Read this next: A brief history of voguing

In 2012, Soul Jazz Records released a comprehensive compilation called ‘Voguing and the House Ballroom Scene of New York City 1976-96’, after publishing a book of photos by Chantal Regnault from the community in question a year before. The tracklisting ran the gamut of stylistic mutations in musical styles, from the string-oriented soul and disco of the 70s to the darker beats and macho parody of 80s and 90s hip hop. Around that time, GHE20 GOTH1K-affiliated Hood by Air CEO Leilah Weinraub had begun raising money for her Shakedown documentary, about a Black lesbian strip club in Los Angeles. The synopsis for the film evoked comparisons to Paris is Burning, while art school rappers like Zebra Katz, House of Ladosha and Le1f (aka Khalif Diouf) had simultaneously emerged as part of what would be dubbed “queer rap”. “People shouldn’t be alarmed that there are gay rappers,” Diouf told me in 2012. “Rap is supposed to speak out against an authoritative figure and rap is supposed to come from a struggle. If anything, it makes more sense that there would be gay, black rappers because they have it twice as hard as black rappers. My thing isn’t, ‘oh no, there’s a gay rapper?’ It’s like, ‘why did it take so long?’” 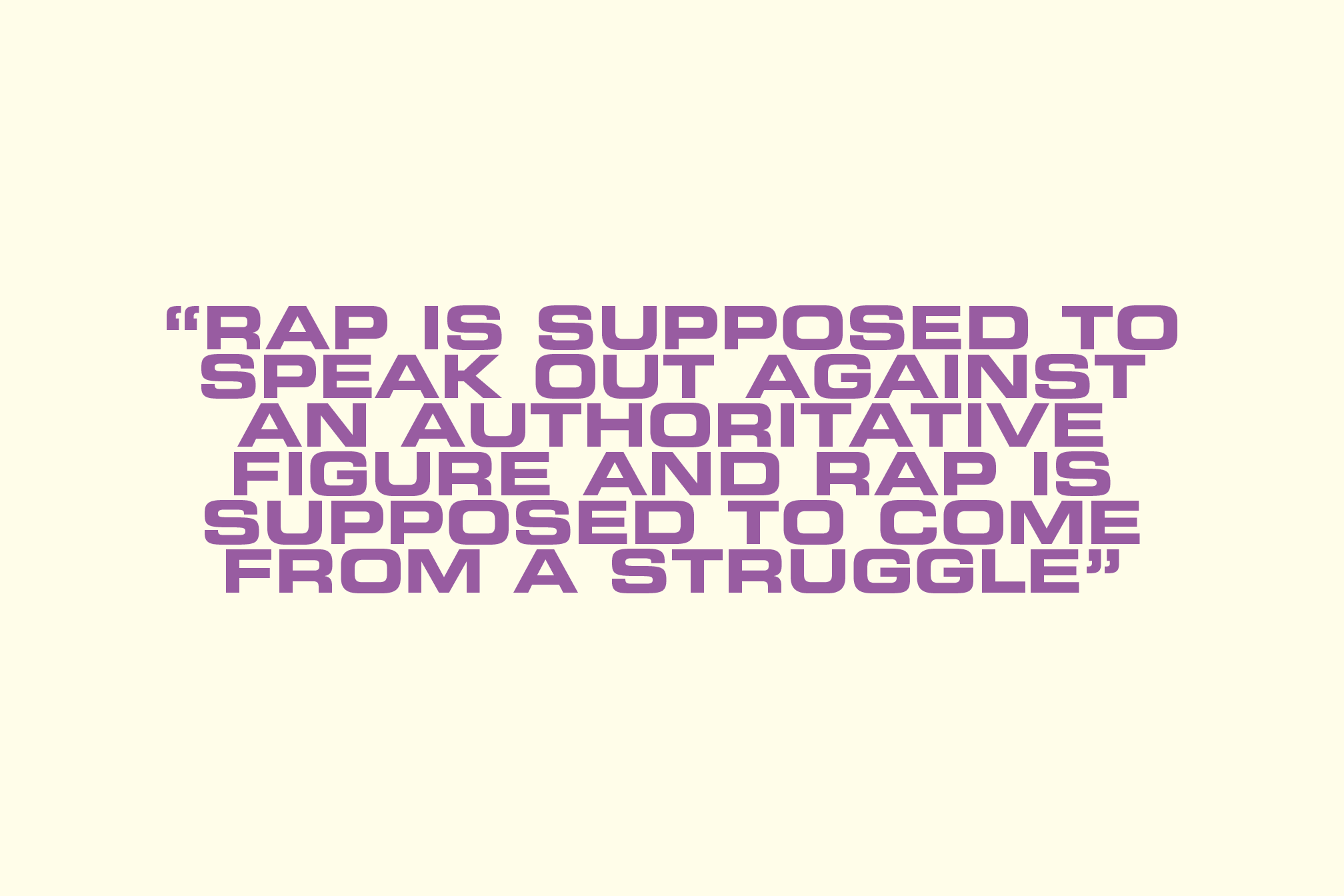 Drawing on this hitherto neglected tradition from LGBT artists of color, this set of performance artists not only changed attitudes towards the hypermasculine and heteronormative conventions of popular hip hop at the time but it also introduced more electronic music elements to its sound by working with producers like Boody, Matrixxman, Flosstradamus, and others. This not only opened hip hop up to a broader electronic music palette, crossing house and techno, as well as grime and UK garage, but it worked the other way, by informing dance music with elements of hip hop, bass, and trap, that have now well and truly infiltrated popular music. That’s from Katy Perry’s 2013 techno-trap hit ‘Dark Horse’ featuring Juicy J to Teyana Taylor’s Kanye West-produced ballroom track, ‘WTP’, released this year. Coincidentally, another queer hip hop performer Mykki Blanco also worked on the song, which was subject to a copyright claim from Junior Vasquez, after finding too many similarities with his ‘Work This Pussy’, released under his Ellis D alias in 1989. “It was essentially my original track with a rap laid on top,” he told Towleroad. “I wasn’t trying to bash anyone or piss anyone off. I was simply after a fair license agreement for the song.”

Read this next: Incandescent teacher: Honey Dijon is lighting up the world of dance music

The influence of Chicago house on laying the groundwork for what we see and hear today is also not to be forgotten, with Honey Dijon—an acolyte of veteran DJ and producer Derrick Carter—keeping its memory alive in her own voracious appetite for record-collecting and outspoken position. “This is a 30-year-old subculture that’s now above ground,” she told Ssense. “I try to convey that music from where I come from—queer, black culture. This music was started by queer people of color.” After all, nothing comes out of nowhere, and it’s New York and Chicago house DJs like Larry Levan, Frankie Knuckles, Mr. Fingers and more, whopioneered the queer, POC and politically-minded dance floors that many young labels enjoy and exist within today, and it doesn’t end there. “You have to understand house music is a descendant of disco, and disco is a descendant of R’n’B,” Dijon said to Resident Advisor. “A lot of R’n’B from the late ’60s and early ’70s—during the civil rights movement, the sexual revolutions, women’s rights—they were message songs. And to me that translated into disco because most disco was about desire, love, and loss, sex, racial injustice. So to me, those early house songs continued those messages, and somewhere along the line it got lost.” Hopefully, this new crop of queer collectives will retain and reshare those messages from the past and the present, while carrying them on well into the future. 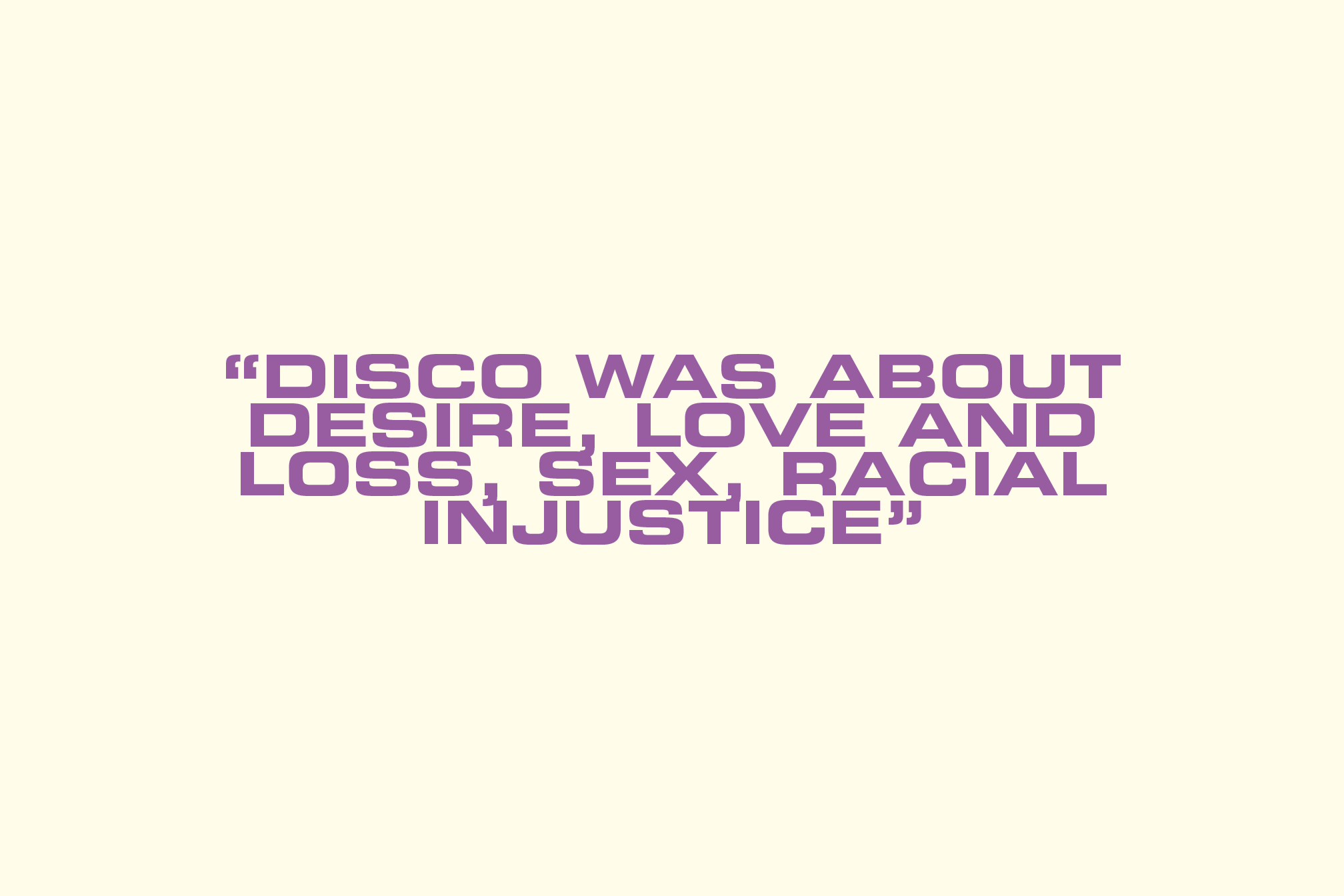 Read this next: Get the best of Mixmag direct to your Facebook DMs