Kings of House NYC is an apt project name for Louie Vega and David Morales’ DJ and production collaboration. Both active in the Big Apple scene from its early days and now undisputed legends across the globe, their status as house royalty is assured.

Starting out in the early 80s, Morales has been a regular at some of the most iconic New York clubs The Loft, Red Zone, and Paradise Garage in particular), and teamed up with Chicago house legend Frankie Knuckles and the ‘most powerful woman in dance music’ Judy Weinstein to create Def Mix Productions. He’s had an illustrious career in remixing, producing and performing, and has always maintained his creative integrity and passion for the evolution of house music

Still living in New York, Louie Vega’s work is etched into the nucleus of the city’s house history. His residency at The Sound Factory Bar in the 90s is the stuff of legend, and he’s quality has never faltered, just look at the ruckus he caused in The Lab LDN last year. His discography stands as one of the finest ever, with countless incredible remixes, solo productions and releases in legendary groups like Masters At Work and Elements Of Life.

The pair are performing together as Kings of House NYC at the 51st State Festivalin London on August 3 alongside a host of other incredible artists. Prior to the event, we caught up with them to talk the state of house music today, the influence of the modern world and social media on the profession, and the crippling prices of Ibiza. Read the Q+A below. 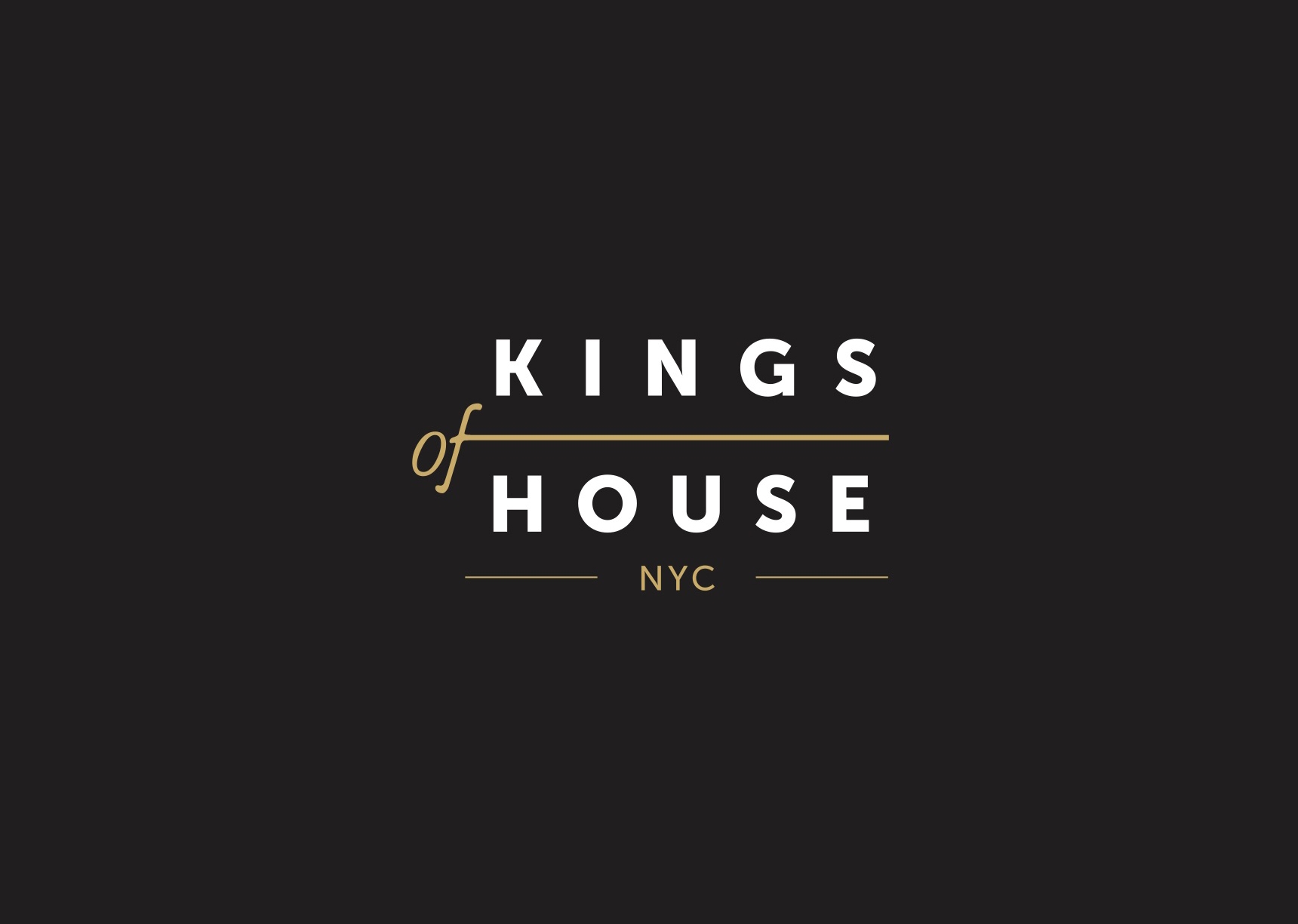 You’ve been involved in house music several decades. What are the biggest changes you’ve noticed in the house scene from when you first got into it to now?

Louie Vega: So many changes. It’s a whole different system now. The heart of it is social media when it comes to marketing and promotions. You can reach your audience sitting behind a computer online. You can play music to 100,000s of people at once Live. You can connect to even millions of people. And you can still play a party and connect with a few hundred people at a venue which I love. There are millions of people now who love house and the new generation has embraced the sound.

What do you think about the current state of house music? Is it better or worse than it used to be?

LV: It’s in a great place now, several generations are in it together enjoying and supporting the sound worldwide. I wouldn’t say it’s better or worse, it’s just a new way, we should all enjoy the ride!

David Morales: It’s difficult to say if it’s better or worse. I’ve been DJing over 40 years, so I have different decades that I can compare. You know, if there’s one thing that we have a problem with, and that takes attention away from people really getting involved in the music, it’s the cellphone. You can’t say you’re 100% dedicated to music when you have your phone in your hand.

Also, clubbing is the biggest it’s ever been. Clubbing is at a commercial level because now you have festivals, you have special events that are dedicated to club music, they put on festivals that represent our community, and they bring out as many people as a rock concert. There’s so much music out there immediately, when you go shopping there’s just so much, we’re oversaturated in a sense. If you wanna go back and compare now to yesterday, people danced more with each other, and didn’t focus so much on the DJ. You didn’t have half the room standing still. Even though people are coming out, there’s less dancing, and more standing and gawping.

Do you think the scene has become too focused on the DJ?

DM: Well, not everywhere in the world is it like that, but in the majority of the world, yes. When was the last time when you see a guy ask a girl does she wanna dance? If you watch a lotta footage on dancefloors and on clubbing, people are dancing in their own space. You rarely see a guy and a girl wining up.

Do you think it’s easier or harder to make it as a DJ these days? Modern aspects like social media can provide more exposure, but at the same time have negative effects on mental health and increased competition among DJs.

LV: I think it’s harder to make it as a DJ these days. But like anything, you have to put your time in, create your own identity and sound, work hard. Some of the youth today want it to happen overnight, and if that happens for any reason it can fly by with a finger snap.

You need to have a clear head on your shoulders, don’t let it go to your head and learn to trust your instinct, have experienced people around you if possible to for guidance. Once you get the exposure you’ll end up meeting heroes, learn from them or ask questions. The music conference IMS has a few panels on this, as does ADE.

DM: Every good thing also has a compromise to it, and social media is one of them. The greatest thing about social media is that now you can market yourself to the masses without having to hire some marketing company like you used to have to in order to be cool. You can do your own thing, so a lot of the business now is online. DJs have it a lot easier today, in a sense, I would have to say. You know people get to hear you, even if they don’t get to see you.

Where from now do you think the house scene is headed? How do you see it evolving in the future?

LV: Collaborations out of the ordinary! Worlds colliding will create new styles!

Here’s a little example on my end, I’ve just recorded two albums worth of material with The Martinez Brothers. We have a super hot single about to come out on Cutting Headz (their record label), to everyone’s surprise it’s a full-on song entitled ‘Let It Go’ with Marc Bassy. I’m looking forward to this release, it’s already cookin’ in their sets and mine worldwide.

My next solo album is a house album on Nervous Records which will feature Robyn, The Martinez Brothers, Honey Dijon to name a few collaborators. My band Elements Of Life also has a new jazz dance album coming in 2020 featuring special guests Carl Craig, Moodymann, Kamaal Williams, new jazz london movement artists (I can’t name yet) and some heavy veteran jazz players.

As you can see it’s a truly diverse set of talented artists. And that’s where new vibes come about! I know many seasoned DJ/ producers that are working on new ideas too. It’s at a very creative state now within the dance community.

DM: For me, it’s all about electronic music. Electronic is here to rule. We’re still gonna have the four on the floor house feel, but we’ll see more songs from new artists that are based on electronic sounds. You’re not gonna have a young kid sitting at a piano with a string section, you know what I’m saying?

How did the Kings of House project come about? What brought you two together?

LV: David and I have known each other for aeons. Since I started DJing in NYC I used to go out and listen to him where he played. Especially a club called Inferno, then a few years later we both played at huge clubs just blocks away from each other. We’ve been brothers ever since.

Connecting more in later years we started a night Eve Of Souls where he, Tony Humphries and I would play together. A few years later John Davis (Promoter Of Body & Soul) wanted us to do a legends type of night. Hence later through several people brainstorming in his camp and mine, Kings Of House NYC was born.

We can both produce tracks, vocals, musicians, you name it, so it’s a double powerhouse in the studio. We bring our musical personalities and styles to projects. It’s a wonderful relationship. We have a mutual respect and admiration for each other. Passion, love and respect bring us together!

DM: It wasn’t the easiest thing practically to come about because I live in Europe, and Louie lives in New York. If I lived in New York, or vice versa, we probably would’ve done three or four Kings of House records already. But we finally put it together. The difficult part was finding the right artist to lead the Kings of House track. We came up with Julie McKnight, and she’s got a schedule pause, so it finally happened.

Are you excited to be back in London for 51st State Festival?

LV: 51st State is special and I look forward to another great edition. We are bringing a queen of dance Julie McKnight to sing our new song ‘Still Here’ live at 51st State.

DM: Yes! Absolutely! The last time I was there was with the Kings of House as well, so I’m looking forward to it, and yeah Julie’s performing as well so that’s gonna be great.

Do you have a favourite destination or country to play in?

DM: My favourite city to DJ in is Tokyo, Japan. That’s my ultimate favourite. It’s been that way for 20 years. They’re very passionate about the music. In the underground clubs people are into dancing. They don’t like to bother the DJ, they’re very shy about that, and they respect your space. It’s the only country where every time I go, I play for at least ten hours.

How do you feel the scene is in Ibiza at the moment?

LV: I say there is something for everyone!

DM: It’s driving more than ever. Ibiza is the Mecca of clubbing, it always will be.

Jamie Jones spoken about young people being priced out of partying in Ibiza now, do you think the high cost is damaging the scene?

LV: Yes the high cost hurts, it can be expensive on the islands, and you need the young generation coming out, they are the ones who will carry it on. Hopefully this will change.

It’s the people that really enjoy going out that are suffering, the ones that really have the passion. Because when it comes to less well-off people, they save for a year for a holiday. They’re going there to have the best time, they don’t even wanna sleep because they don’t wanna miss anything. It’s these people now that are no longer able to afford to come to the club. Water costs what a drink used to cost 20 years ago!

David Morales’ ‘Escape’ is out now on DIRIDIM

Get the best of Mixmag direct to your Facebook DMs
Watch: Louie Vega in The Lab LDN
Watch: David Morales class house set in The Lab LDN